The Danger of Compulsory Schooling

For the majority of people, life is a struggle which consists of doing what everyone else wants them to do while suppressing or ignoring what they really want to do with their lives. This starts in infancy, when babies and young children, eager to please parents and other caregivers, willingly comply with most requests. But later, as they begin to see that what other people want is not what they want, they begin to step into their individuality, and begin to refuse to be controlled, and we punish them for developing this amazing personal autonomy. We send them to formalized schooling, which are bastions of social indoctrination and control, and where we expect them to learn to fall in line and do things the way everyone else does them. This is soul-crushing and cruel. 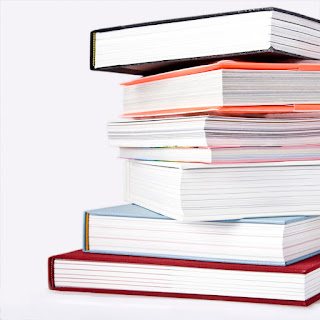 So schooling does not equal education. Many of the worlds greatest thinkers eschewed most early formal schooling. People like Farragut, Edison, Carnegie, Rockefeller, Washington, Melville, Twain, and one of my personal favorites, Margaret Mead.

Margaret Mead grew up in a freethinking, intellectual home. Her father was a professor at the Wharton School of Finance, her mother was a sociologist. and her grandmother was a child psychologist. Her early formal schooling consisted of one year and half days in the fourth grade. Later she did attend high school, but spent six years in various schools. She then completed several advanced degrees and became a field researcher in anthropology.

Now you might say, her parents were intellectuals with advanced degrees, how could the average person do this with their kids? Parents in this country and around the world are doing it every day. You as the parent just provide support and help when asked. You don’t have to stand over them making sure they do lessons. They are naturally curious and given the chance, they will find something they are interested in.

If you are a person who values your own autonomy, you will not take away your children’s autonomy. H.. L. Mencken wrote in The American Mercury for April 1924 that the aim of public educa

to fill the young of the species with knowledge and awaken their intelligence. . . . Nothing could be further from the truth. The aim.. . is simply to reduce as many individuals as possible to the same safe level, to breed and train a standardized citizenry, to put down dissent and originality. That is its aim in the United States . . . and that is its aim everywhere else.

Public education has been a grand, mass experiment to see just how much the powerful could control the powerless. Do you want to be one of the powerless? Is that what you want your children to be? Give them a fighting chance to break out of this social straightjacket.

Listen to our Podcast

We would like to interview anyone who is unschooling their children, now or in the past. If you would be willing to be interviewed, please email us at:  unhinderedliving@gmail.com