The History of Marriage - And a Better Way 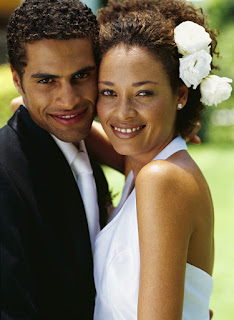 The earliest recorded evidence of marriage was in 2350 BC in the Far East. Over the next several hundred years, marriage evolved into a widespread institution embraced by various cultures. Monogamy was first codified as the only legal choice by the Romans between the 2nd and 3rd centuries. Then it became the guiding force for Western marriages some time between the 6th and 9th centuries due to a protracted battle between the Catholic Church and the local nobility, who wanted to take multiple wives.

It’s important to note here that nothing in the Bible even suggests that monogamy was the only accepted form of relationship structure. Monogamy was never mentioned or commanded for the average person. The only exception to this was in the qualifications of bishops/pastors/elders that they be the husband of one wife. This was not a spiritual requirement, only a practical one. If one was going to devote their life to managing the affairs of the church, he would not have the time to provide for and keep happy more than one wife. This was not a command that all people be monogamous. The fact that this requirement was mentioned at all indicates that plural marriage was the norm, or else there would have been no need to specify monogamy for elders. Nowhere in the Bible are plural relationships condemned or prohibited.

The main purpose of marriage early on was to act as an alliance between families, for either economic or political reasons, or both. Marriage did not start out as a union between people who loved each other and wanted to commit their lives to each other. If two neighboring countries were at war, they might seek to establish peace by having a son and daughter from each noble family to marry. Most of the time these young people had no say in the matter. Marriage was a financial transaction. The father of the groom paid a bride price, or dowry, to purchase the bride, and she was considered her husband’s property. It didn’t matter if they loved each other or not, and no one cared about their happiness. It was irrelevant. So, you see, marriage was really a despicable institution with a sordid history. Nothing more than a financial and social contract. Another purpose of it was to legitimize offspring, because you didn’t want to pass your land and title to someone that was not your legitimate heir. So once again, preserving money and power were the only goals.

My goal in explaining all this is to educate people before they decide to participate in the institution of marriage. It is not necessary to marry because it does not ensure happiness or stability.

Some people think this is hypocritical on my part because I am married. And I then explain that in this day and age, there are legal and financial advantages to being married. But in this case, I am the one benefitting from those advantages. It’s not my father, my husband, or my country that are reaping the benefits, and I am the one freely choosing it.

If you are marrying for the financial advantages, then great. But do not make the mistake of thinking that marriage is necessary or even desirable for other reasons. Marriage confers a lot of unfortunate, unnecessary baggage.

1.   You do not need to marry to commit your life to someone.

3.  You do not need to marry to live with someone.

4.  You do not need to marry to have a nesting partner

5.  You do not need to accept monogamy as the only relationship structure.

6. You do not need to marry for your child to bear your partner’s name.

7.  You do not need to marry to insure stability in your relationship.

Therefore, the only legitimate reason to marry is for the legal and financial advantages.

If you’re already married, there’s no reason to seek a divorce, unless there are complicating legal factors. As polyamorous folks, our marital status is irrelevant. If you’re not married, there is no reason to engage in marriage unless you are desperate for legal and financial advantages.

Some people might object at this point, saying, “Just because marriage used to be an undesirable state, doesn’t mean it is now. Now people get married because they love each other.” Let me ask you this. Would your spouse love you any less if you weren’t married? How does signing a piece of paper make your spouse love you more?

We need to address the widespread problems with marriage that contribute to the 50% divorce rate. According to Wilkinson & Finkbeiner, Family Law Attorneys, lack of commitment is responsible for 73% of all divorces (2). So, our perception that marriage makes a relationship more stable is a false one.

Below are the ten most common reasons for divorce:

5.  Getting married too young

Even though “having unrealistic expectations” is it’s own category, the argument can be made that unrealistic expectations contribute to, or are the root cause of, every other category. We are programmed from our youth, through movies, music, commercials, religious training, etc., to expect monogamy, lifelong commitment, and wedded bliss.it simply does not happen. Even those couples who stay married admit that their marriages are not always happy, but they stuck it out anyway.

Why do we believe that sticking it out for years while remaining unhappy is more desirable than seeking happiness? 2nd and 3rdmarriages have even higher rates of divorce, indicating that people are dragging their unrealistic expectations into subsequent relationships. Nothing ever gets fixed.

I would submit that there is something inherently wrong with marriage, and that divorce will not lessen or subside while this relationship structure continues to try to adhere to blatantly unhealthy and unreasonable norms.

How do you solve the “lack of commitment” problem? Perhaps by realizing that we are asking too much of people. 30, 40, or 50 years is a long time, and over the course of those years, people do grow and change. Rarely do two people change at the same rate or in the same direction. If I have changed but my partner hasn’t should I expect to somehow bring them along? You cannot control another person, nor should you try. You must simply let them be who they are, and go on with your life.

This idea of marriage for life is a romantic notion, probably fed by our hormones, but it is neither practical nor necessary. if you can pull it off, great. But don’t beat yourself up if you can’t. In any other endeavor in life, you would change to fit the circumstances. If you chose a career, started working in your chosen field, and found out you hated it, should you  continue in a job you hate for 20, 30, 40 years or more? No, you’d change careers. If you bought a car, drove it for 20 years, and then noticed it was falling apart, would you continue to drive it and refuse to get another one? Of course not. Then why do we cling to the idea of lifelong monogamy?

You can either chuck the whole thing and get a new one, or you can embrace the idea of ethical non-monogamy. An idea whose time has come.

Listen to our Podcast, Plus Size Polyamory

Have something to say about this? Leave a comment. Join the Discussion.

Send us email at:  unhinderedliving@gmail.com

Posted by Judie McMath at 9:23 AM No comments: