Ethical Non-Monogamy: Is It For You? 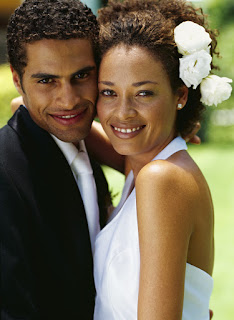 But marriage and monogamy are not the only viable relationship models. According to the latest research, as much as 6% of the American population is engaged in consensual non-monogamous relationships. That translates into millions of people who have escaped the straightjacket of forced monogamy. No, this is not the same as infidelity. When a partner has been unfaithful, there has been a breaking of trust. Partners who have pledged monogamy and then find themselves straying and using lies and deceit to hide it from their partner is breaking trust with their partner. But when relationship partners design their relationships from the start to include the possibility of other partners, and open, honest communication about such partners is engaged in with the consent of all, there is no breaking of trust. This is ethical and productive.

Consensual non-monogamous relationships can take the form of sex for fun, or “swingers” as they have been called. Or the relationships can be more serious, permanent, and intimate. Polyamory, or “many loves” as the term is defined, usually takes the form of more permanent relationships. There are many forms: one man with two women; one woman with two men, both called “throuples”; two couples of opposite or same genders, and the list can  go on and on. The configuration is limited only by the members’ ability to love.

Why would anyone in a traditional relationship style want to open up their relationship to other partners? For my husband of ten years and myself, the idea began after a long discussion about evolutionary biology. For most of the millions of years that humans have existed on this planet, they have been polyamorous. Monogamy was only popularized by the Romans 2,000 to 3,000 years ago. Polyamory gave humans an evolutionary advantage, hence the reason it has survived to this day in spite of society’s concerted attempt to stamp it out.

Our discussion then turned to more practical matters. We agreed that we saw no reason why a relationship in which one of the partners had been “unfaithful” needed to be dissolved, at least, not if the partners understood the causes of such wandering and were willing to be open and honest about them. My husband had always assured me of his love in the strongest terms, and I am secure in that love. In terms of evolutionary biology, however, the need for variety is hardwired into our DNA. It is not a character flaw, it is genetic. His appreciation of a beautiful woman as we walk down the street has nothing to do with inadequacy on my part, and I do not feel threatened by it. I can even share in his appreciation.

Then my husband asked the million dollar question. If I had sex with someone else, would you be offended? He was very brave to ask, and I appreciated his openness. I gave this a long bit of consideration, but I could find no reason to object. I had no fear he was going to leave me. He has spent the last ten years assuring me daily that I am a cut above any woman he has been with, even though I am obviously not as physically attractive as the average woman. He had convinced me of how incredibly happy he was with me. So I had no fear of rejection. None whatsoever.

The obvious question that I get asked is, if he is so happy, why is he straying? Well, I object to that terminology. He isn’t straying, he is fulfilling unmet needs. Let me answer it this way. What is your favorite food? If you say “cheesecake” then why don’t you eat it every day, for every meal? Because obviously, you might occasionally want something else. Just because I choose steak once in a while doesn’t mean I don’t love cheesecake anymore. I just like a little variety. 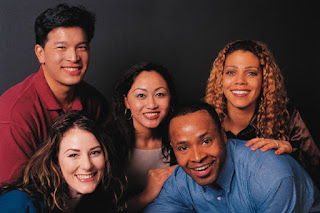 Needing variety isn’t a character flaw. Diversity is actually the key to a healthy species, which is why families that interbreed eventually produce offspring with genetic errors and disease.

So I told my husband no, I wouldn’t be offended, as long as we discussed each encounter and we were both aware of everything that was going on. Perhaps if the person was someone I liked, we could even make them a permanent part of our relationship. And that’s how we started.

I have to say that being totally open and honest about all our thoughts and feelings has only served to deepen our relationship. I haven’t regretted it yet.

Listen to our Podcast

Posted by Judie McMath at 5:45 AM No comments: